HÄFELE INDOTAMA, Opened its first office in Jakarta Capital City in 1995, introducing German quality hardware fittings to the local furniture and construction industry. Since then, our market has grown steadily as we partnered with dealers, and supplied major hardware depots across the country to cater to end-consumers. Our brand now signifies durable and innovative products that are trusted not only by builders, architects, and designers, but by homeowners as well. 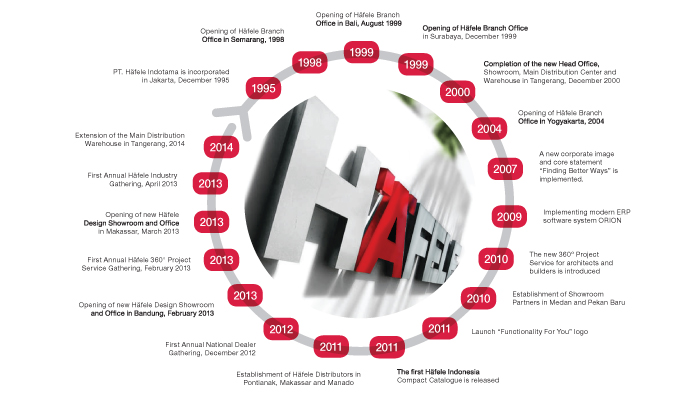 1999
Opening of Häfele Branch office in Bali and Surabaya, August.

2007
Häfele Indonesia first appears on the internet, marking the beginning of a new era in hardware.

2010
The New 360º Project service for Architects and Buillders is Introduced.

2014
Extension of the Main Distribution Warehouse in Tangerang.

Articles could not be added to the wish list.